“I can’t believe how fast he’s growing.” Feeling very grandmotherly but sporting a sleek new hairstyle, Amanda sat in the bentwood rocker in Michael’s new nursery and cuddled the baby. 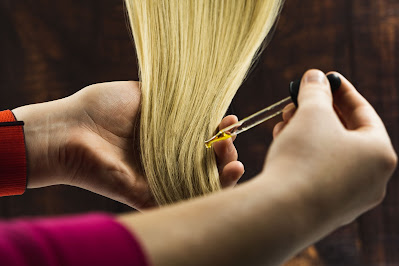 Many of us have been scared off by the frumpy hairstyles women are expected to don after turning 60. Thankfully, we are not obligated to choose any of them.

There are many great hairstyles that will work for women over 60—and they are all stylish, elegant, and easy to fit into your lifestyle. No matter your thoughts on gray versus no gray, or short versus long, these hairstyles have you covered.

The heart of a dog's veterinary experience

She slammed the door and stalked into the living room, where both her brother and his dog were sprawled out like the dead.

"I need to talk to you, Casanova."

"Don't yell." Flynn remained on the sofa. On the floor beside him Moe whimpered. "Moe needed his shots. We've both been traumatized. Go away. Come back tomorrow." 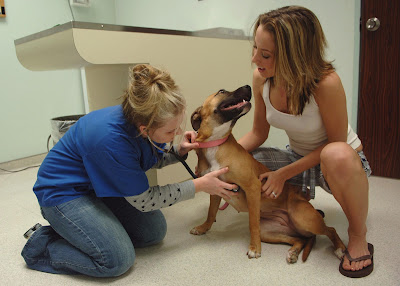 The results suggest that undergoing a simulated physical examination, even in a mock veterinary setting, can be a stressful experience for dogs.

“You know,” Fiona panted, using her own body to hold Newman’s down, “this dog would walk through fire for me. Through fire over broken glass while meteors rained out of the sky. But I can’t get him to just hold the hell still for a routine exam. And he knew. The minute I called them to get in the car, he knew. How many times do I put them in the car for work, for play, for whatever? How does he know? I had to get the others in first -  they’re more easily fooled. Then drag him. It’s humiliating,” she said to Newman. “For both of us.”

How to Respond to "Bless Your Heart"

“She was so steamed up when I was leaving she shouted out how she’d been second-runner-up Miss Tennessee, which is her spotlight of fame. To that, I ended the encounter with the southern woman’s sweetest and most pitying insult.”

In the South, ‘bless your heart' situations arise all day, every day. Walk around long enough, and you'll hear ‘bless your/their/his/her heart' spoken either vehemently aloud or in a breathless whisper. It's a versatile phrase indeed. It has a thousand meanings—and just as many possible responses.

Children like to play a board game named "Guess who". The game is played with two boards full of faces  and with the players secretly choosing one character and then give each other details in order to find out who is the other player character. One will say "with black hair" so you put down all faces who don't have black hair, then the other will say "blue eyes" and you put down the ones without blue eyes and so on... the winner is the one who finds out first who the other player's character is... you get the gist.

After I started hanging out on Nora Roberts' inspired forums and blogs I noticed a pattern of "finding out" who could play Nora's characters... since our prolific writer has several movies made based on her novels, with the last being on Netflix, the bruah is always immense with "nothing like" "how dare they"  because let's face it actors are human whereas readers see Nora characters as someone (more) divine, and Nora knows it: 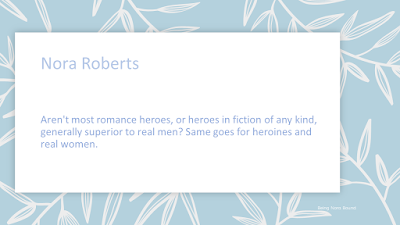 And I must say I am also guilty of thinking of a person who could be - at least physically - that Nora hero or heroine.

And I decided to share with my visitors who I imagined as The MacGregor: 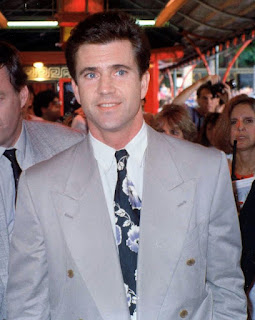 photo by Alan Light, CC BY 2.0 <https://creativecommons.org/licenses/by/2.0>, via Wikimedia Commons 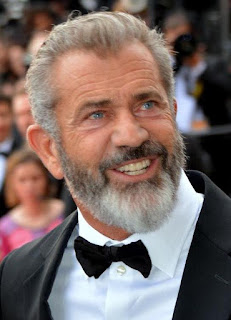 For me this is the One (I reread the Most): 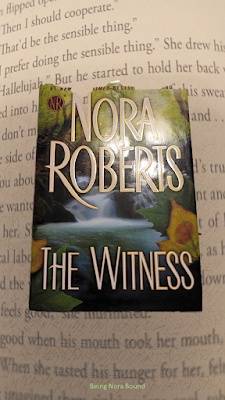 The Book I Reread the Most

Even though there are so many new and exciting books out in the world, there’s something so comforting about rereading an old favorite.

BookBub readers tell us what book they reread the most — whether it’s a beloved classic or a newer release they can’t stop thinking about. Read on to see their recommendations!

Words Dogs Love to Hear the Most

That did the trick. 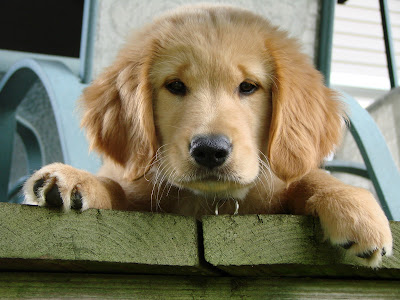 Hint: you already say them all the time.

Oh, the things dog parents do to elicit a tail wag!

This is my way of honoring the work, skill and vision of Nora Roberts 👑 who enriches my life with amazing people I want to meet (or be), lovely and magical places I want to move into (and do, while-reading-the-book) and stories that are (become?) real. Not only for while-reading-the-book time but in real-life; on people, places, events around us...

All time 🔝 Most Viewed Posts